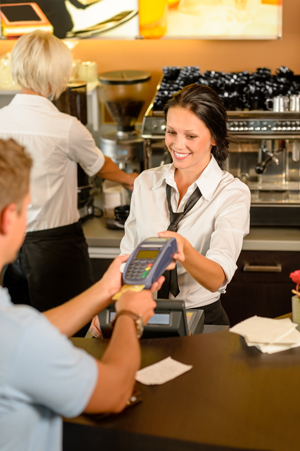 A point of sale (POS) area, now also commonly known as a modern point of service (mPOS) is where a transaction - primarily retail - is traditionally completed. For example, in a store this is where money would be exchanged for goods, while in a restaurant this is where the bill would be processed for food that has been ordered and/or received. The reason for the changing of the term from ‘sale’ to ‘service’ is due to the area now also being used for customer orders and also for the returning or exchanging of goods.
According to the requirements of the industry and the individual needs of the provider of services/goods, the POS will differ in the software and hardware that is used. Retailers may use everything from scanners and scales to manual and electronic cash registers, touchscreens and EFTPOS machines, while a restaurant may only need an EFTPOS machine, a receipt printer and a cash register. 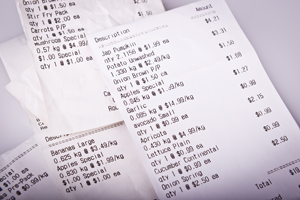 An unavoidable aspect of being a consumer in today’s society is the inevitable accumulation of receipts that clutter up your filing cabinets and work areas. Unfortunately for most people, the Australian Taxation Office (ATO) advises Australian residents that for tax purposes you should keep any written evidence supporting tax deductions for up to five years from the date that your tax return is lodged. As you can imagine, this results in a lot of receipts floating around.

A new machine developed by engineers in the UK can now reveal latent fingerprints left on thermal paper. Consolite Forensics worked with forensic science lecturer and specialist Dr John Bond to create the Hot Print System (HPS).
The device can show latent fingers on thermal paper in just a matter of minutes. Fingerprints can be up to two years old and still be detectable by the HPS. The HPS has already been patented, commercialised and sold to users in Australia, China, the US and the Middle East, according to The Engineer.

Is Bisphenol A Safe? 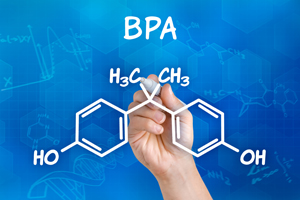 Bisphenol A (BPA) is a chemical that can be found in many manufactured products, and is also present in the environment in low amounts. Polycarbonate is currently the most common form of plastic that is manufactured using BPA, but it is also used as an epoxy resin inside food and drinks cans and thermal paper can be coated in it.
There has been recent speculation regarding the exposure of people to the chemical BPA and how it could be harmful to humans. Many unsubstantiated claims have been made saying that BPA creates harmful hormonal imbalances in the body. However, Product Safety Austalia, a part of the Australian Competition and Consumer Commission (ACCC), stated that the current scientific evidence has shown that the presence of BPA in plastics and other products is not presently a risk to someone’s health.

The History of Printers

Printing has a long history, primarily due to humankind’s desire to keep records of events and ideas.
However, computer printing really took hold with the first high speed printer, launched in 1953 by Remington Rand. This was followed by IBM’s dot matrix in 1957 and the first laser printer in 1971.